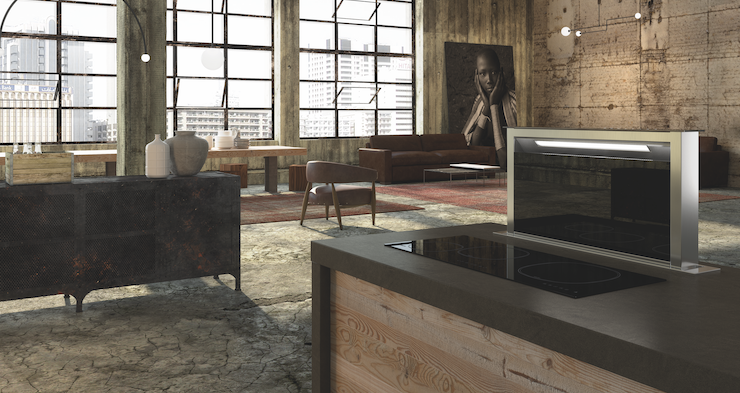 It draws in and filters air, eliminating any odours and grease generated by cooking. And, most importantly, it only “appears” when you really need it: introducing the retractable extractor hood

A practical addition to your kitchen, retractable extractor hoods are only visible when you are actually using them. They are typically built into a piece of furniture, allowing them to be completely concealed by the base unit. If you have a kitchen island, the hood can be hidden inside a portion of the ceiling, perhaps as part of a custom design. Alternatively, if you want to create an avant-garde look for your island or traditional hob, you can integrate the extractor hood directly into the back of the hob, allowing it to slide in and out like a vertical drawer. Retractable extractor hoods remain hidden until you need to use them, then disappear when you are finished cooking. When installed directly into the worktop, retractable extractor hoods are often found alongside next-generation induction hobs. Their suction technology allows them to completely eliminate odours and absorb any vapours from cooking food.

The controls are much the same as traditional models, with a knob or switch to adjust the suction power and lighting. In the most advanced models, these functions are managed by a touch control system or a remote control. From a technical point of view, extractor hoods use a fan that can be adapted to fit various different styles, including retractable hoods; they are also always equipped with filters to purify the air. Some models on the market even include smoke detectors that are activated automatically and independently adjust the suction speed based on the amount of smoke and vapours in the air.

Fabula, a retractable hood from Faber
The Fabula Plus from Faber is built directly into the worktop: the body of the unit is concealed below the surface, and it is equipped with a motor that controls the descent and ascent of the suction panel. When the hood is in the off position, the panel disappears, leaving only the Touch Controls on the thin glass cover, which forms a smooth surface with the hob; an LED bar lights up the cooking area, creating an ergonomic and extremely practical workspace. It is silent and highly efficient thanks to the use of Comfort Panel technology, which increases fume extraction and reduces perceived sounds by 25%. 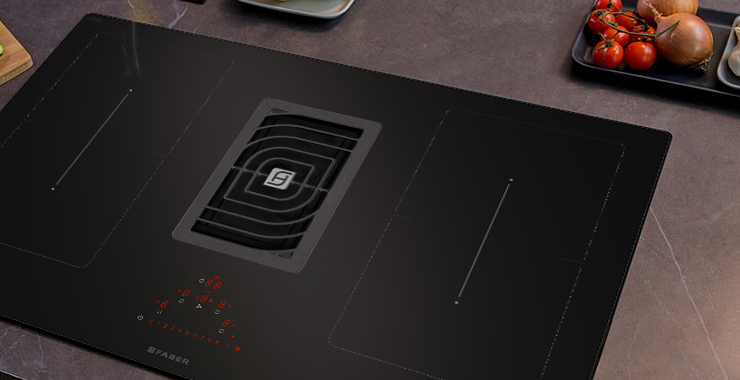 Induction hobs: how they work and how to use them

With a completely smooth hob, you'll be cooking on electricity, not gas! Let's explore how induction hobs work and how to use them. 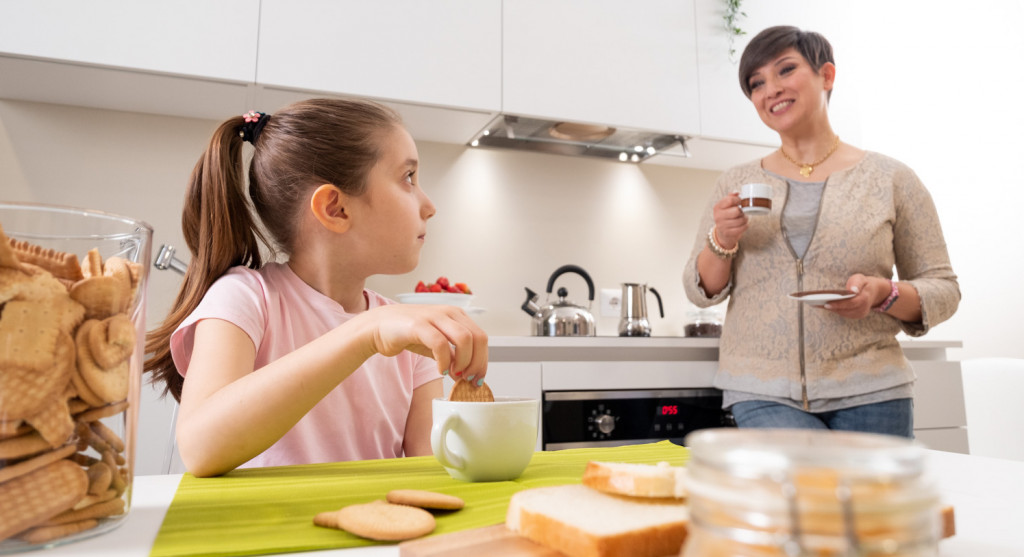 A hot cup of tea nestled in your armchair, a relaxing herbal tea before you go to sleep... A really good kettle will fill your days with warmth! And if you have an induction hob, we have some suggestions to help you find your perfect induction kettle. 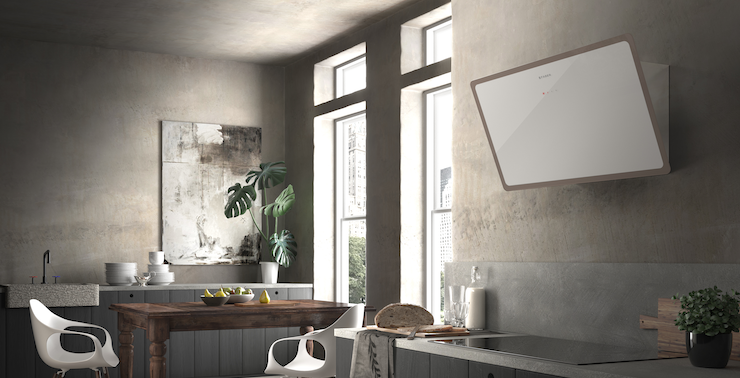 An essential appliance, cooker hoods can also bring a dash of class to your kitchen: suspended or built-in, modern, classic or contemporary, they should always be chosen with the utmost care. Wall-mounted hoods are some of the most popular options